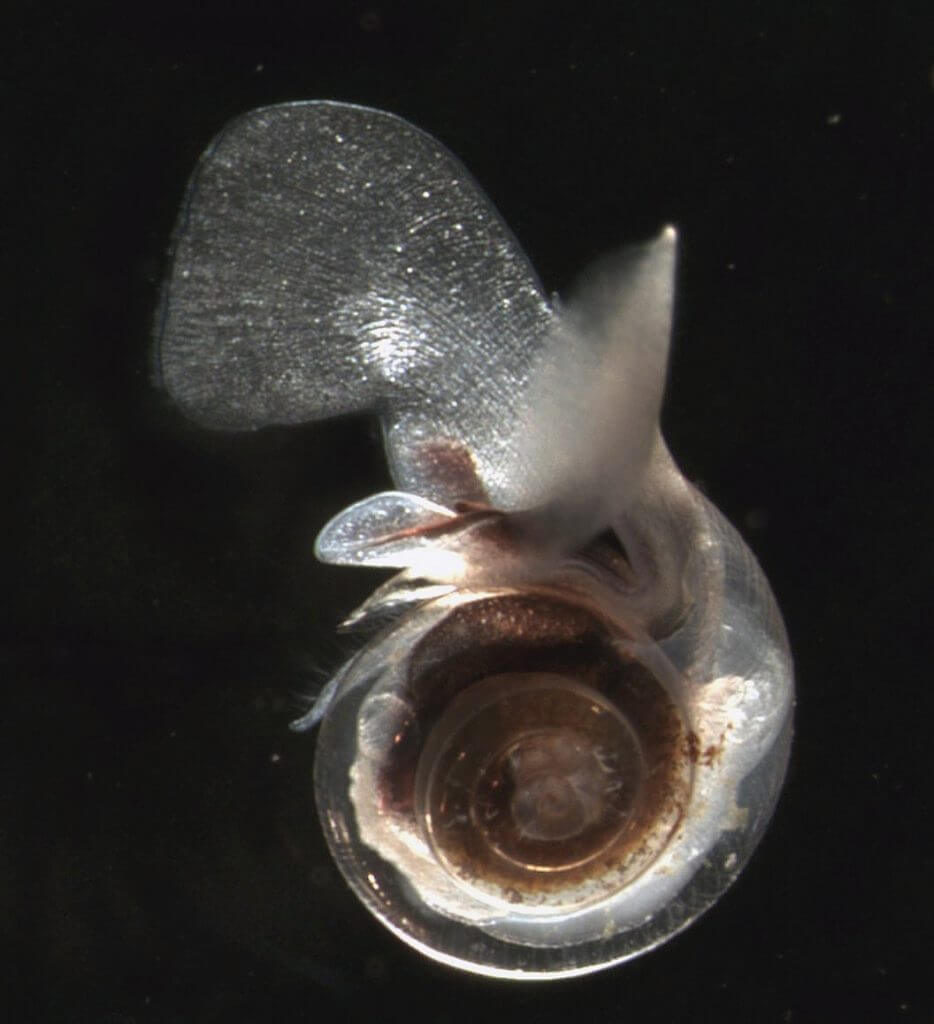 Lowering the pH of seawater affects the ability of shell-building organisms to build and maintain their shells. (Russ Hopcroft/Alaska Ocean Observing System)

As concentrations of atmospheric carbon dioxide (CO2) increase, some of this CO2 is absorbed by the ocean. This triggers chemical reactions that lead to lower pH and decreased concentration of carbonate ions in the oceans.

The current rate of change of OA is faster than at any time on record. Scientists estimate that the ocean is 30% more acidic today than it was 300 years ago, traceable to increasing levels of atmospheric CO2 from fossil-fuel combustion and land-use change. 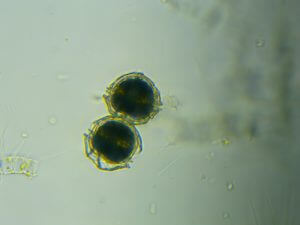 Alexandrium is the cause behind paralytic shellfish poisoning, or PSP. (Kachemak Bay National Estuarine Research Reserve)

Warmer ocean temperatures have allowed some harmful algal species to flourish. Algae-eating creatures like zooplankton, clams, oysters, mussels, and small fish eat algae can accumulate algal toxins in their tissues. The toxins are passed up the food chain to fish, birds, marine mammals, and humans as they consume the contaminated organisms. Toxic algae can be fatal when consumed in high enough quantities.

The oceans are getting warmer

The recent increase of ocean temperatures is the greatest that has occurred in the past 1000 years, and the ocean off the coast of Alaska has warmed far more rapidly than other areas.

More about our warming oceans Expand

Warming of the upper ocean is affecting the food web, resulting in changes in fisheries and other human activities dependent on ocean productivity.

Alaska’s ocean waters are getting less salty due to more precipitation falling as rain rather than as snow in some regions. Rain melts glaciers and sea ice, and changes freshwater input from rivers. Changes in salinity—especially a layer of fresh water at the mouth of streams—may delay or otherwise alter normal passage of salmon from the ocean into streams.

Poster: The Ocean is our Grocery Store 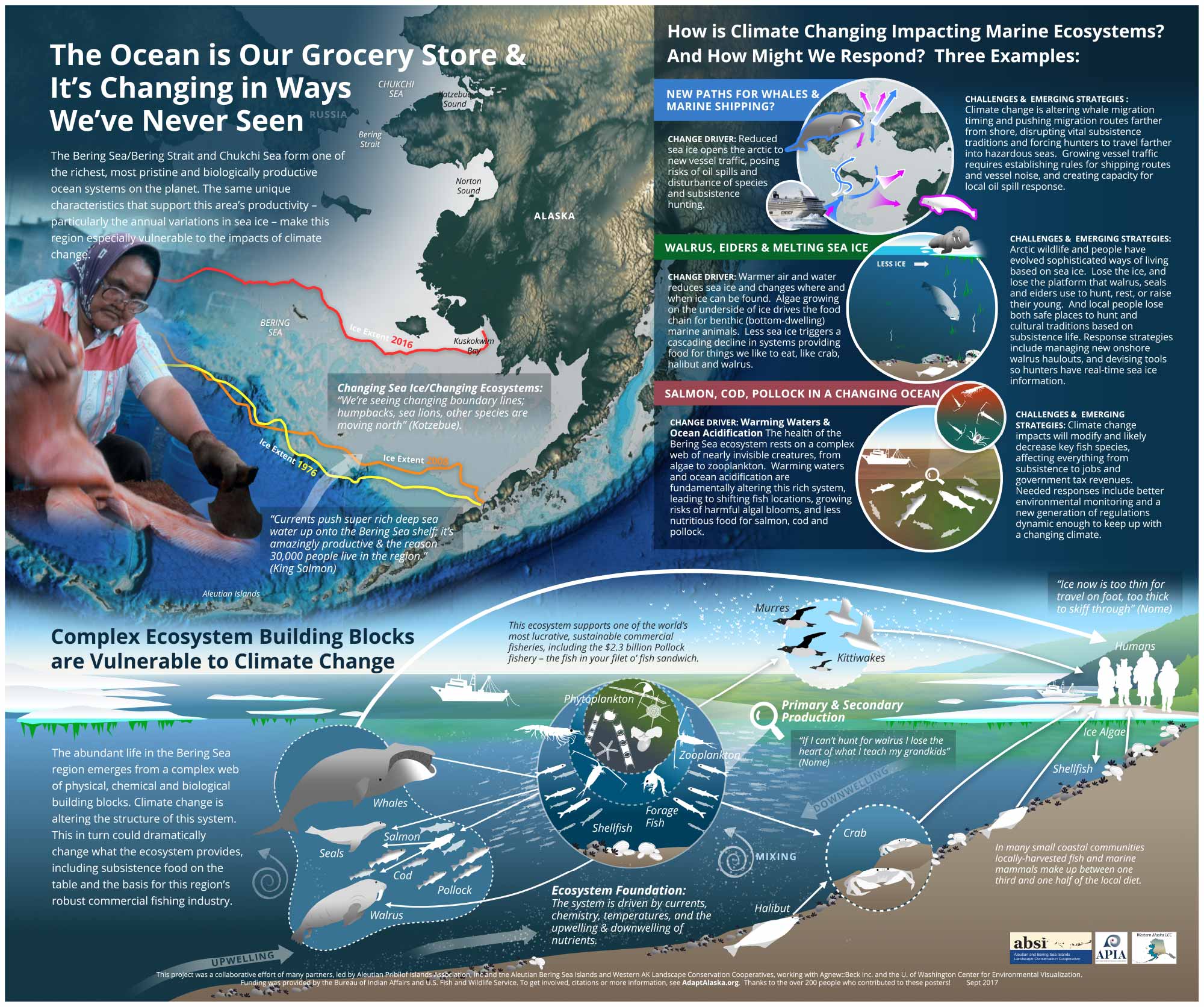