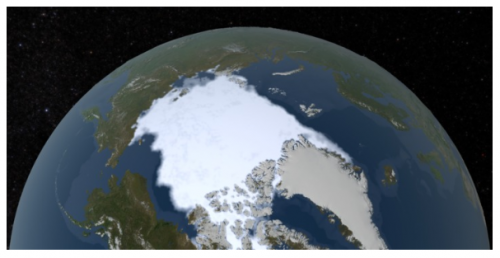 Arctic summer sea ice is receding faster than previously projected and is expected to virtually disappear before 2050. We have seen dramatic decreases since the late 1970s, particularly in summer and autumn.

Less ice can increase access for ships—and the potential for marine accidents in remote regions where help is usually very far away.

Shorelines are less protected from storms and more likely to erode.

Less ice means less food: the underside of sea ice supports large colonies of algae. When the ice melts in the spring, algae falls into the water column, providing nutrients that feed plankton, which in turn supports fish, seals, whales and walruses. 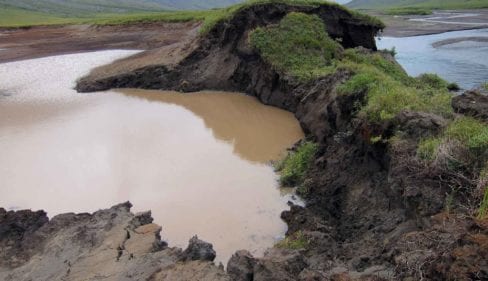 Permafrost lies beneath 80% of Alaska. It contains vast quantities of carbon that can be emitted as carbon dioxide and methane, powerful greenhouse gases.

Work by UAF permafrost researcher Vladimir Romanovsky suggests that if warming keeps progressing, more than half of the permafrost of Alaska's North Slope—a region bigger than Minnesota—could thaw by century’s end.